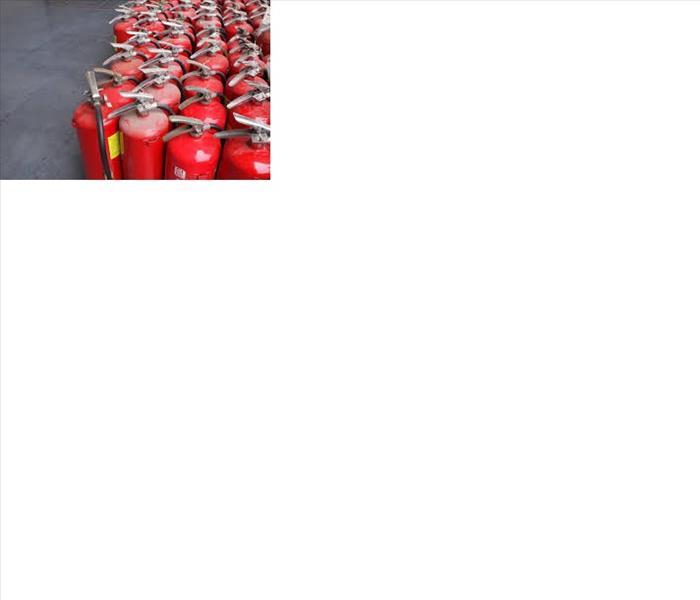 In order to understand why different fire extinguishers exist, first one needs to understand how a fire exists in general. Using the wrong extinguisher can even cause fires to re-ignite or spread in some cases.

The fire triangle is a model used to illustrate how fires start. The triangle includes 3 elements: oxygen, heat and fuel. Without these three elements, a fire cannot exist. Fire extinguishers are made to take away one or more of the three elements to cease the fire. Since there are different types of fuel involved in different fires, there are a variety of fire extinguishers one can use based on the source of the fire.

Dry Chemical is the most common fire extinguisher used today as it is effective on all types of fires and is most likely the one you have in your home or at your place of business. This type of extinguisher interrupts the chemical reaction by creating a barrier between the fuel source and the oxygen. This can be used on Class A, B and C fires.

Dry Powder extinguishers are similar to dry chemical in that they separate the fuel from the oxygen or remove the heat element of the fire. They are only used for combustible metal fires (Class D) and are ineffective on all other types of fires.

Clean Agent or Halogenated extinguishers use halon agents and halocarbon agents to interrupt the chemical reaction of the fire. Clean agent is mainly used for Class B and C however, it can be used on Class A as well. There are concerns regarding contamination when these are used which brings us to the next type of extinguisher…

Water Mist extinguishers are a newer development and extinguish the fire by taking away the heat component. These are much safer than clean agent extinguishers as no halocarbon is involved and are primarily for Class C but may be used on Class A fires as well.

Cartridge Operated Dry Chemical interrupt the chemical reaction of the three components in the fire triangle and create a barrier between the fuel and the oxygen components when used on Class A fires. This extinguisher is also effective on Class B and C fires.

Water and Foam extinguishers not only take away the heat element but the foam separates the oxygen from the other elements. These are used in Class A fires only and should never be used in Class B or C. If used in a B or C classified fire, there is a risk of spreading and not extinguishing the fire.

Carbon Dioxide fire extinguishers remove the oxygen first and secondly, remove the heat with cold discharge. They can be used on Class B and C fires but aren’t normally effective on Class A fires.

Fire extinguishers exist for your safety but if used improperly, may cause more damage. Make sure you know what kind of fire extinguisher you have and what types of emergencies it should and should not be used for.