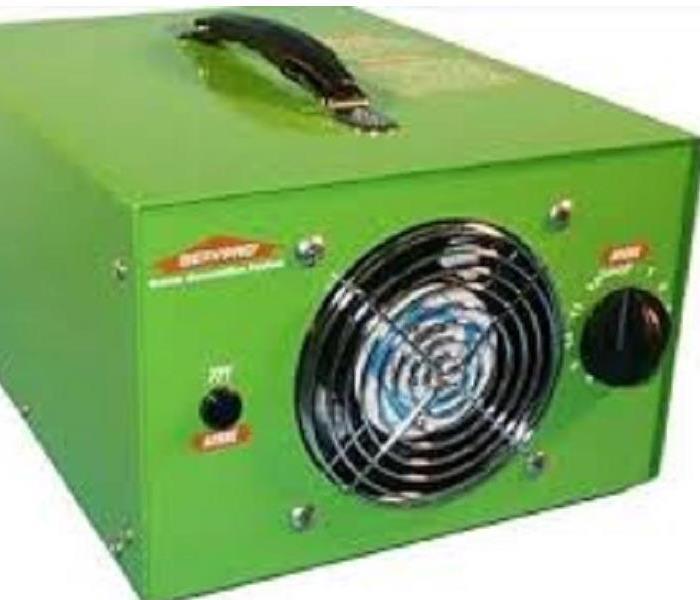 After a fire, you may have a strong residual smoke odor even after a full cleaning has been performed. Smoke odors can penetrate materials and get in hard to reach crevasses. In order to completely remove smoke odor we have an Ozone Generator that is used to oxidize odor. In addition to smoke odor, this Ozone Generator can be used to eliminate odors from pets, mildew, organic pollutants and more without the use of chemicals.

This Ozone Generator does not leave any residual film. All people and animals should vacate the area while the ozone machine is being used in. We seal the room to prevent dissipation to areas that do not need deodorization.

We recommend customers having their contents and structure ozoned following fire restoration to ensure all odors are removed.