The Most Devastating Fire in U.S. History 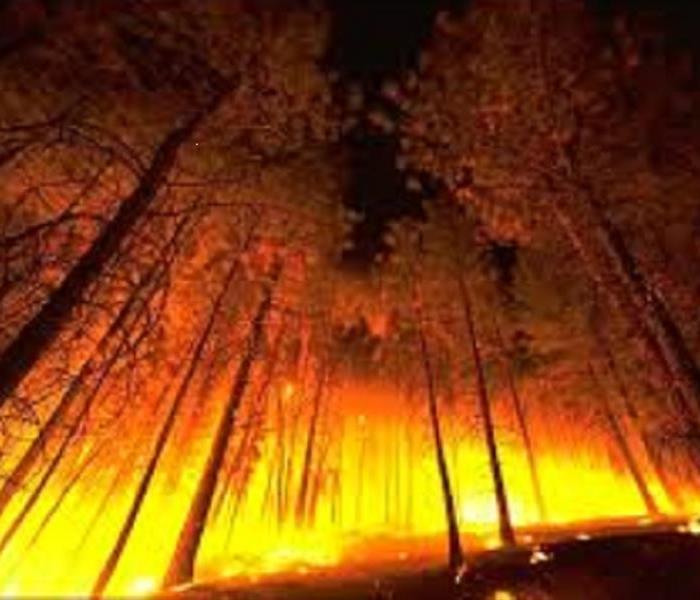 The Peshtigo fire was the most devastating fire in U.S. History to date killing more than 1,500 people and decimating 1.2 million acres in Wisconsin and upper Michigan. Little is known about the tragic fire of Peshtigo on October 8th of 1871 for two reasons: one; the Chicago fire eclipsed the Peshtigo in the news headlines and two; all of the town’s records were burned in the fire.

The direct cause of the fire is unknown but there is speculation that several contributing factors were at play. The slash and burn method was commonly used during this time period in the area to clear land for farming and railroads. The wood that was cut remained off to the side of the farmlands and railroads where it was left to dry up and created perfect kindling for the fire. It had been a hot, dry year and many of the water resources in the area had been dried up or were at dangerously low levels. No one knows for sure how the fire ignited but with the above mentioned factors combined, it is generally believe that strong winds blew and the smallest spark ignited the kindling all around the area. The intense wind and dry climate created a fire tornado which swept the affected area, even jumping across the Peshtigo River.  The fire burned through 16 towns and the city of Peshtigo was gone in an hour.

There are theories that a comet or meteorite may have hit the Earth on October 8th, 1871 causing both the Peshtigo Fire and the Chicago fire but most scientific research says otherwise.  One other far-fetched tale is that of a cow tipping over a lantern to start the fire. A more realistic assumption is that the railroad workers caused a spark which ignited the brush or a spark flew from a train passing through igniting the brush around the tracks. We may never know the true cause of this horrific fire. The only safe haven during the catastrophe was the Peshtigo River. Today there is a museum and research center in downtown Peshtigo to remember the fire, the damage it caused and those who lost their lives in it.